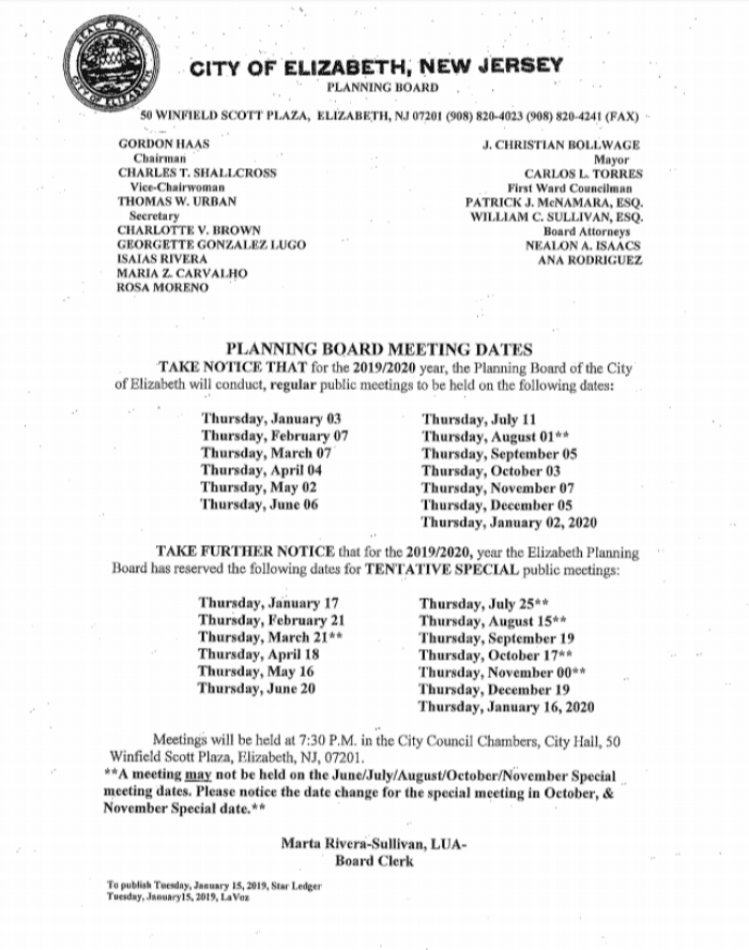 View Most Recent Agendas and Minutes

The Board membership is 11 members appointed as follows:

Appointed pursuit to terms of Amended Ordinance 1326. No confirmation of Appointments requires other than class III. The City Planning board was appointed as the zoning commission of the city of Elizabeth by resolution adopted by the city council June 13, 1961, pursuant to laws of 1948, as amended, chapter 305, page 1222 section 3 (N.J.S.A. 40:55-330

The City Planning Board was created pursuant to P.L. 1975, Chapter 291, and the administrative code pursuant to Ordinance 936 effective February 1, 1977 and Amended Ordinance 1326.